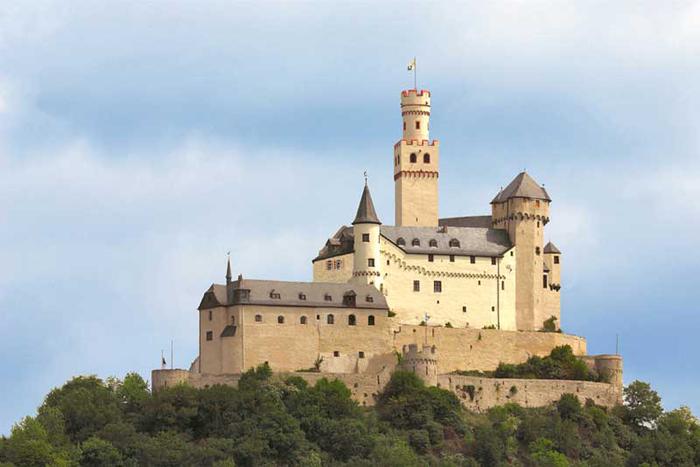 Marksburg Castle is the only hilltop castle along the Rhine which has never been destroyed.
In the UNESCO World Heritage Site of the Upper Middle Rhine Valley there is a castle to be found every 2.5 kilometres on average, with over 40 of them still more or less intact. Many can be seen along the riverbanks and hilltops, and a lot of them are open to visitors. The vast majority of these castles, however,are relatively recent constructions of the 19th and 20th century. Most medieval castles had become ruins due to destruction and abandonment, and had fallen into disrepair. During the age of Romanticism in the 19th century, many ruins were then rebuilt and remodelled, e.g. Rheinstein, Reichenstein, Stahleck, Sooneck, Katz and Maus, and Lahneck. Stolzenfels Castle, which can be seen just across the river from Marksburg Castle, too, is a significant Romantic creation - but at the same time, it is not a proper castle anymore. There are very few exceptions such as Pfalzgrafenstein and of course Marksburg Castle that have survived the centuries without destruction and which today provide us with a glance back into previous centuries. 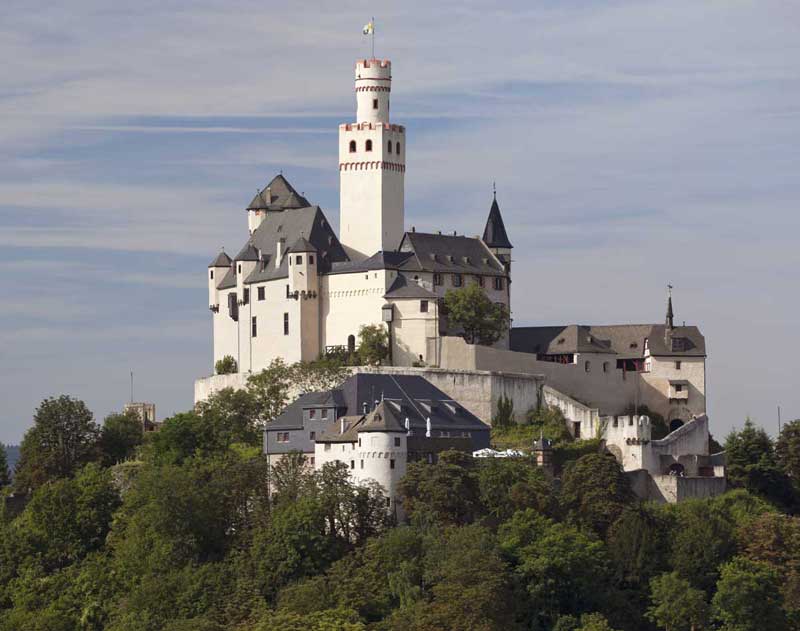 The value and the significance of Marksburg Castle can be found in particular in its complete preservation as a medieval fortress. The impressive stronghold with most buildings dating back to the 13th to 15th century consists of wall rings containing keep, residential buildings, baileys and bastions all on top of a hill above the small romantic town of Braubach, and with its interesting, typical interior rooms such as castle kitchen, great hall, bedchamber, chapel, armoury, wine cellar and battlements it allows us to travel back into the Middle Ages.