– situated at the south end of the town of Braubach – was built by Landgrave Philipp II of Hessen-Rheinfels as a future dower residence for his wife Anna Elisabeth, née Countess Palatinate at the Rhine, between 1568 and 1571. Marksburg Castle, located on top of the hill, was considered too ncomfortable. 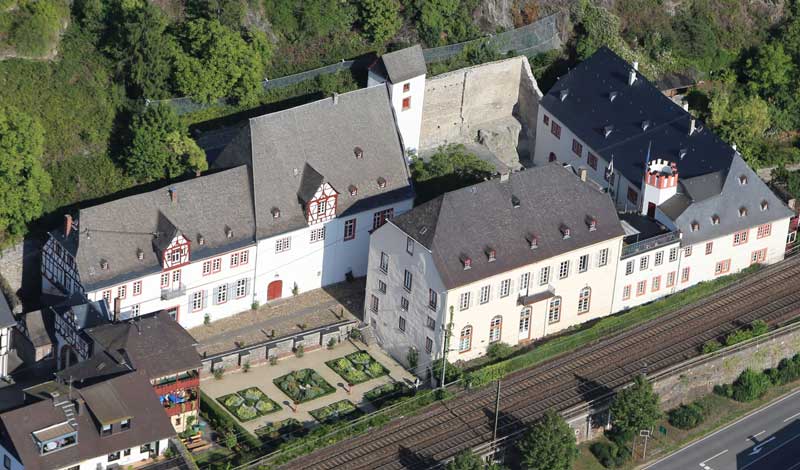 From 1682 to 1689, Hessian forces succeeded in preserving Phillipsburg Palace and Marksburg Castle from destruction by defending the fortress Rheinfels. After losing its status as a residence, the main building of the three wings of the palace complex fell into disrepair. Large parts were removed during a enovation process in 1804/05. After being sold by the state of Nassau to the Braubach entrepreneur Johann Christian Heberlein in 1822, further constructional changes were made which gave the former showpiece building today’s rather modest appearance. With the construction of a railway track on the east bank of the Rhine in 1861, the southern outer ward with the southernmost tower (Muckenturm) of Braubach’s town fortifications and the early modern fortification of the Rhine-facing front were lost.

Despite the damage done in previous centuries, the exaggeratedly modelled palace complex demonstrates its original significance for the small territory of Hessen-Rheinfels and the town of Braubach. It exemplifies the shift in moving the residence from a medieval hilltop castle to an early modern palace, a situation which is unique in its close geographical proximity in the Rhine valley.

In 1997, the Deutsche Burgenvereinigung (German Castles Association) had the lucky opportunity to purchase Philippsburg Palace in order for it to become the home of the Europäische Burgeninstitut (European Castles Insitute). Thanks to a monetary contribution made by the Hanika family from the US and after careful renovation of the main building, the Europäische Burgeninstitut was able to open its doors in 1999.

Thus, the originally associated castles are united once more under one organisation. 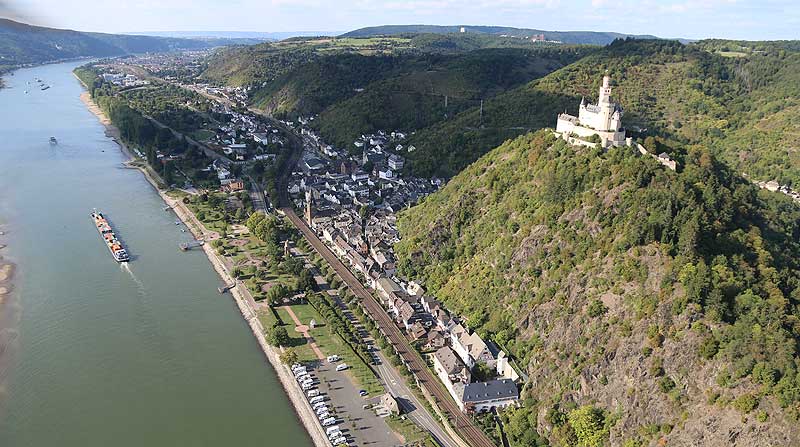 The Europäische Burgeninstitut – a Deutsche Burgenvereinigung e.V. institution – defines its aims as ‘the study of historical buildings, both military and residential, and the general distribution of the research findings’. This brief charter definition summarises a whole range of institute activities and functions. At the centre of the institute’s activity is the phenomenon of the castle as an element of medieval history, the complexity of which can only be captured on an interdisciplinary and international level. The institute strives for a networking circle of experts and the general distribution of research findings for further analysis. The current inventory of the Europäische Burgeninstitut comprises: 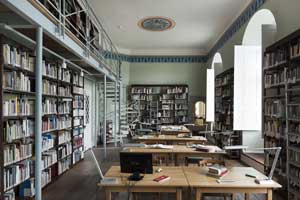 Curious to find out more? 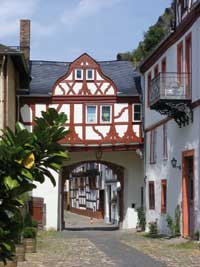 Come and visit every Monday to Friday from 8.30am to 5pm, or contact us beforehand for a visit outside of normal opening times or if you require any information and are unable to visit in person:
Europäisches Burgeninstitut, Schloss-Straße 4, 56338 Braubach
Tel.: +49 2627-974156, Fax: - 970394
Mail: ebi@deutsche-burgen.org

The Europäische Burgeninstitut is dedicated to its ingoing collection and distribution of information and arranges scientific events (lectures, seminars, symposiums, excursions, etc.). 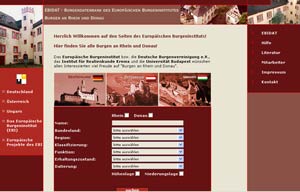 One of the goals of the next years is to record the names and history of all castles in Germany. The first step can be seen online at www.ebidat.eu.  The online presence is based on the database’s central version EBIDAT which is administered by the castle institute. Thanks to this new inventory, many currently open questions can be answered, such as:
How many castles are there in Germany?
Where is the highest density of castles in Germany?
How many castles are open to visit?
The castle as an element of medieval history remains at the centre of the research; but work also extends to modern palaces and stately homes. A great diversity of researchers are able to contribute to this work as demonstrated in the “Burgen und Schlösser” (Castles and Palaces) journal, which is published by the Europäische Burgeninstitut four times a year and which is automatically sent to all DBV members. For more detailed research, the books published by the Europäischen Burgeninstitut can be studied at Philippsburg Palace and purchased there or at general bookshops; discounts are usually available to DBV members.